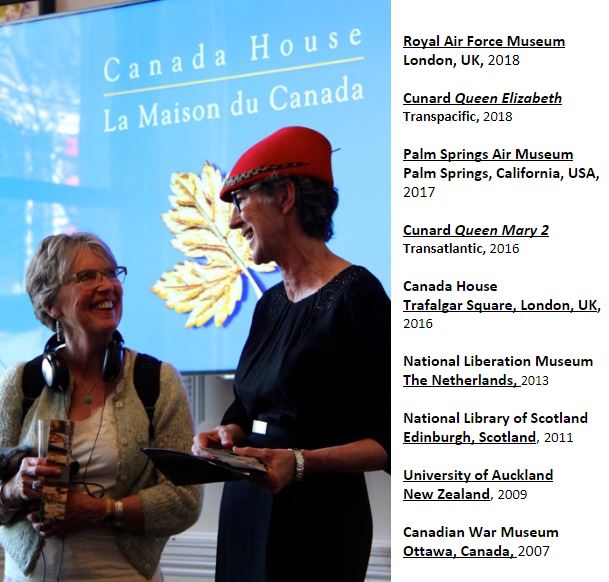 Beverley Tosh, MFA, RCA, MSM is recipient of the Meritorious Service Medal (Honours Canada) for War Brides: One Way Passage; the Queen Elizabeth II Diamond Jubilee Medal; the Alberta Centennial Medal; and was elected to the Royal Canadian Academy of Arts in 2006.

An acclaimed speaker, she has presented throughout Canada, in the United States, and abroad. The daughter of a military pilot and his war bride, her exhibition, War Brides, is featured at the Royal Air Force Museum, London, UK until 15 September 2019.